Subscription Metrics Part 2: What's the difference between MRR and CMRR?

What's the difference between CMRR and MRR and why do they matter?

As a company executive, there is often a need to look at the recurring revenue backlog to understand what the future holds. In this perspective, the CMRR/ACV (Contracted Monthly Recurring Revenue/Annual Contract Value) value is a good measure on the future since it removes any initial variations of the contract stack.

If we want a good measurement of what the near future will bring and be more close to the recognized revenue, eg. for the coming month, the MRR/ARR (Monthly Recurring Revenue/Annual Recurring Revenue would be a better measure since it's more detailed and includes the variations in between periods.

Because these metrics can create confusion and often mistakenly be interchanged in the subscription world, we have created this blog to hash out their differences and why they matter. Also check out our intro to subscription metrics article that covers these metrics in a more general sense.

MRR is bound by a monthly period from the effective start and end dates of the subscription charge and how the price differs over the months of the subscription. For this example, the MRR will be 500 EUR for March, April, May and 1000 EUR going forward after that.

CMRR is not bound by a period and will begin the month we contractually sign the new customer. It looks at what monthly price will be recurring 'forever' if no changes are made, thus, will regard the last monthly price in a ramp-up to be the CMRR. In this example, the 500 EUR/m is only for 3 months, so we could consider this as not really recurring as it has a specific end date, while the 1000 EUR MRR we know will be recurring 'forever' if no changes are made, so we will consider the CMRR being constant at 1000 EUR 'forever' until a contract event happens that affects the CMRR. As the contract date is the 16th of February in this case, we will then add our CMRR of 1000 EUR in February.

What if we look at these metrics on an annual basis?

Then we look at ACV and ARR.

ACV is the annual contract value, also driven by bookings and measuring what will be the annual recurring revenue for this contract with the same behavior as CMRR. Basically the monthly price times twelve. In this case, ACV is 12 000 EUR.

Metric summary of this subscription example

What if a contract change is made?

Change example: the customer is very happy with the service so they want to add an additional feature to their plan for 500 EUR/m, they requested this on the 18th of August and will effectively be charged from the 1st of September.

As you can see, CMRR/ACV and MRR/ARR are two very useful metrics with different purposes and perspectives to measure how your business is doing. The example we used is just one of many scenarios that can affect these metrics. We have not touch on, for example, changes effective within months, usage- & measurement-based subscription charges, price adjustments, and one-off fees that have different impacts on these metrics, and also open up needs for using more related metrics such as Estimated Monthly Recurring Revenue and Total Contract Value. 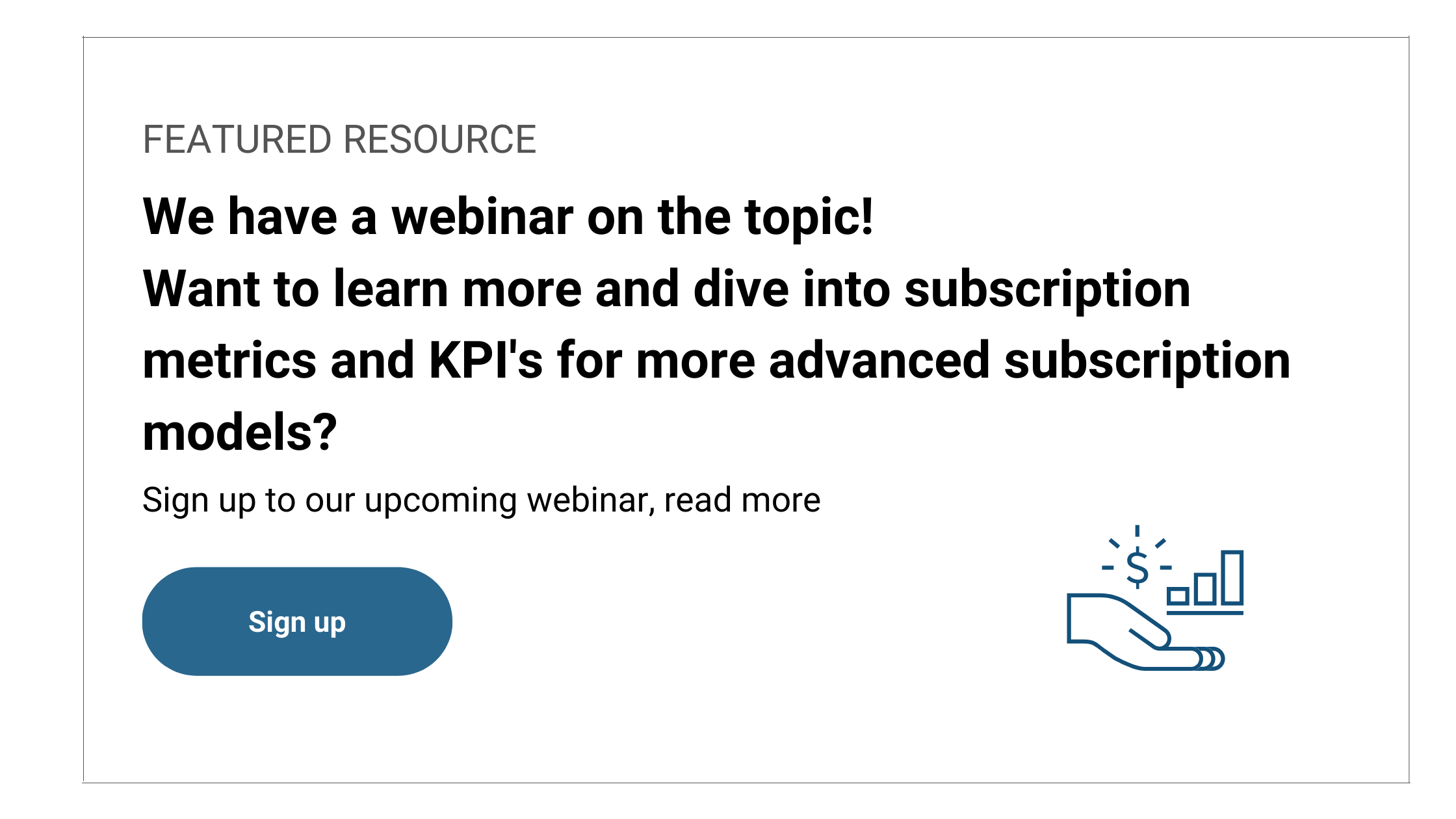 5 reasons to invest in a B2B subscription management hub

5 questions that determine how well you're managing your subscriptions